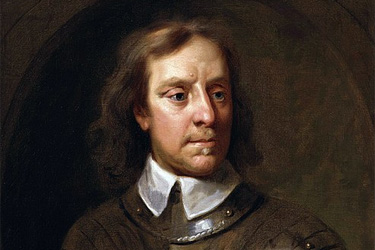 Oliver Cromwell was the only surviving son of a family of wealthy landowners in Huntingdonshire (now a district of Cambridgeshire) and became one of the most controversial figures in British history. He was a fanatical puritan and responsible for the English civil war, and he was the most important figure in the execution of King Charles I. During his school years he was staunchly anti-Catholic and heavily influenced by his teacher, Thomas Beard, who was responsible for the puritanical book called The Theatre of God's Judgement. After his education, he briefly became a Member of Parliament for Huntingdonshire but his short term was not very impressive. He became increasingly opposed to King Charles I's understanding and beliefs of Protestantism which clashed with his own puritan outlook and beliefs.

King Charles I (1600-1649) tried to impose his religious beliefs on Scotland but they were quickly rejected and the subsequent Bishop's rebellion broke out. Charles then declared war on Scotland, recalled Parliament and tried to force an increase in taxes to pay for it. Parliament refused this after being persuaded by Oliver Cromwell and shortly after, Charles forced his way into Parliament with troops intending to arrest the most rebellious MP's but they had disappeared. Parliament then decided that it was time for the king to hand over much of his royal power to them. The king was outraged and refused, and England was now on course for a civil war.