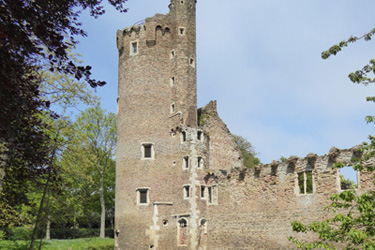 Caister-on-Sea is a charming village in Norfolk just 3 miles from Great Yarmouth on the 'Golden Mile'. It is a popular seaside resort with its main attraction being the big sandy 'Georgian' beach. Caister's history goes back to Roman times and the ruins of a Roman fort and buildings, now open to the public, are now looked after by English Heritage.

Caister Holiday Park, now owned by Haven, is one of the oldest in the UK. It opened in 1906 and accommodation was in tents but Chalets later replaced the tents after the First World War. It was a huge site on over ninety acres of land and situated right on the beach. Today, it is a modern, busy holiday centre with all types of accommodation and superb holiday leisure facilities.

In the late eighteenth century some brave men from Caister set up their own lifeboat sevice known as the Caister Volunteer Rescue Service. It was formed to rescue seamen from the treacherous channels and sandbanks around Caister and was independent of the Royal National Lifeboat Institution. The volunteer crew put to sea in all weathers and it was one of the country’s busiest lifeboat stations. Following a horrific disaster in 1901, nine brave lifeboatmen lost their lives when the lifeboat Beauchamp overturned while trying to put to sea for a rescue on a stormy night. A monument now exists in the Caister cemetery proclaiming "Caister men never turn back".

Caister Castle consisted of two rectangular courtyards which were surrounded by a moat and connected via a drawbridge. The inner court housed the state apartments and the main living quarters and was offset by a tower on its northwestern corner. The tower is 28 metres tall and measures a good 7 metres in diameter; it has five stories, the spiral staircase still exists and access to the top is possible. The castle was built in 1432 by Sir John Falstaff on the site of an earlier fortified manor house. Taken by a siege commanded by the Duke of Norfolk in 1469, the castle was returned to its rightful owners in 1475. Part of the surrounding brick wall remains and gunloops as well as arrow loops can still be seen.

The castle grounds house the largest private collection of motor vehicles in Great Britain spanning from 1893 to the present time and including the first real motor car in the world, the 1893 Panhard et Levassor, Jim Clark's Grand Prix "R14', Christine Keeler's Cadillac Eldorado, the first Ford Fiesta and the last drophead Morris 1000. One of the more recent additions is a Trabant originating from former East Germany.