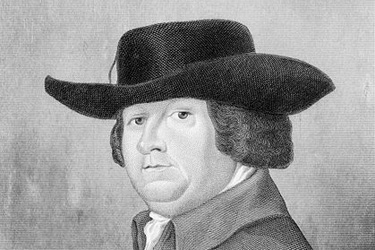 Robert Bakewell was born in 1725 in Dishley, near Loughborough in Leicestershire and was one of the first people to try and improve the quality, well-being and condition of farm animals in Britain. His keen interest in farm animals came from working with his father who was an experienced tenant farmer. When his father died in 1760, Robert Bakewell took over his father's farm and business interests as he was now genuinely interested in studying and improving the various methods of stock breeding. He also travelled extensively learning about different farming and breeding methods in use then.

Generally, up and until this time farm animals were not bred for milk or meat. Cattle were bred for their strength in farm work and pulling various farm implements and sheep were bred mainly for their wool. With the knowledge gained from his travels throughout Britain and his interests in stock breeding, Robert Bakewell believed that with careful and planned breeding any farm animal could be improved. He started by making a collection of farm animal skeletons and carcases so he could study and learn what the different breeds were like. He was also convinced that by improving the grassland and the condition of the grazing pastures by irrigation it would help greatly with his work. He also set aside areas of his farm as experimental grassland to test different cultivation methods. Robert Bakewell was to become the first person to breed animals for their meat.

By careful selection of animal parents, sires (male) and dams (female), he was able to make great improvements in cattle, sheep and horses. This new selection process was a huge success and the much-improved and heavier sheep were called Leicestershire sheep, and the cattle were known as Leicestershire Long-Horns. Robert Bakewell then continued with his work and went on to produce a new breed of black horses for both farm and army work. The horses were cart horses which then became shire horses. His work with farm animals now began to make him a lot of money and he became regarded as a man who had contributed as much to the country as Richard Arkwright, who invented the spinning wheel, and James Watt who invented the steam engine. Robert Bakewell became very popular as an authority on improving stock-breeding and many farmers were keen to follow his example. One of the main factors that helped his success and results was that he always treated his farm animals very well.

Robert Bakewell made a great deal of money from his selective breeding work mostly by hiring out his animals for breeding, but in spite of having all this money, he spent far too much and by 1776 he was bankrupt. He died in 1795 but the benefits of his great work, which became known as the British Agricultural Revolution lived on.