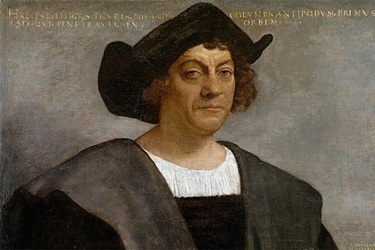 Christopher Columbus was the Italian sailor and explorer who discovered America and whose date of birth is believed to be about 1446. He was at sea from his boyhood and knew a lot about ships, and he tried to convince people that as the world was round we ought to get to India by sailing across the Atlantic Ocean. For a long time no country would give him ships to try the experiment but at last the King of Spain gave him three small vessels and off he went in 1492 on his great voyage.

He did not get to India, for it was much further than he thought, but he discovered land and thought he had got to India. He called the natives Indians and the islands the West Indies, and we still use these names today. Columbus died in 1506.