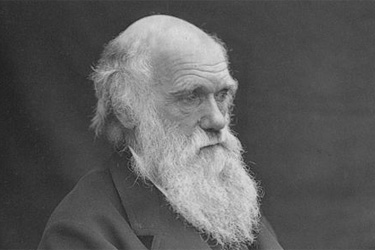 Charles Darwin was a scientist and known all over the world. He was born in Shropshire, England in 1809. As a young boy he was not considered to be very intelligent because of his continued study of insects and rocks, instead of learning what other people wanted him to learn. H.M.S. Beagle had to go on a surveying voyage round the world, and Darwin got the chance to go with it. The voyage lasted from 1831 to 1836 and gave him wonderful opportunities for studying plants, animals and rock formations, and he kept many notes of what he saw.

The idea that all forms of life were related, and that even men had evolved from simpler creatures is spoken of as the Theory of Evolution. Darwin also wrote a book about it called The Origin of the Species by Natural Selection. Charles Darwin died in 1882.

Evolution is the process which produces gradual changes in the make-up of all living things. Since no two individuals are exactly alike, there are always some with certain things about them that make them better able to survive than others.

Charles Darwin died at Down House on 19 April 1882. His last words were to his family, telling his wife Emma "I am not the least afraid of death – Remember what a good wife you have been to me – Tell all my children to remember how good they have been to me", then while she rested, he repeatedly told his daughters Henrietta and Francis "It's almost worth while to be sick to be nursed by you". He had expected to be buried in St Mary's churchyard at Downe, but at the request of Darwin's colleagues, after public and parliamentary petitioning, William Spottiswoode (President of the Royal Society) arranged for Darwin to be honoured by burial in Westminster Abbey, close to John Herschel and Isaac Newton. The funeral was held on Wednesday 26 April and was attended by thousands of people, including family, friends, scientists, philosophers and dignitaries.