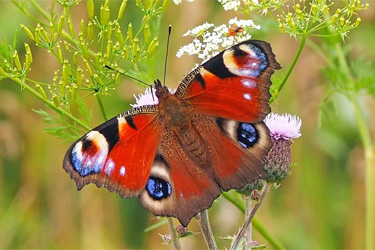 Butterfly World near St. Albans in Hertfordshire was a world-class visitor attraction with over 27 acres of specially created gardens and spectacular meadows where you could walk, see and explore. Visitors could walk through clouds of beautiful tropical butterflies in the Butterfly House with over 600 flying butterflies and 60 species from 20 different countries. There were talks from leading on-site specialists and a centre of excellence for conservation. There was also a dedicated teaching zone for school groups. Children and adults were amazed at the acres of wildflower meadows, the insect study centre and the butterfly breeding area. Butterfly World also offered several delightful picnic areas and a natural play area with willow tunnels for all ages, slides, climbing frames and a sand play area.

Sadly, Butterfly World closed at the end of the 2015 season. The following announcement was published in the Herts Advertiser on 7th January 2016.

In early December, an email to “friends” of the project - based off Noke Lane in Chiswell Green - from the attraction’s chairman, John Breheny, said the 2015 season was to be its last, because of a succession of trading losses.

He explained its closure would proceed with “immense regret”. Despite the efforts of dedicated staff and volunteers, the Breheny Group had previously “twice rescued the project from insolvency and certain closure”.

Shocked supporters from across the world have since signed an online petition in their tens of thousands, calling upon the privately owned group to try and save Butterfly World.

Providing it is still available, The Herts Advertiser article can be seen here.