The English County of Oxfordshire
UK IMAGES and REFERENCE 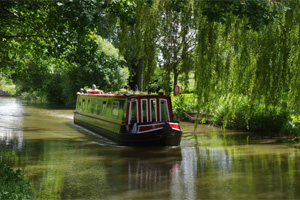 Banbury, Oxfordshire
To many historians, Banbury had a knack for destroying its own history although many little medieval streets and fine old houses still remain. In 1792 the citizens of Banbury managed to blow up their Norman parish church with gunpowder - only to build a neo-classical church one year later in 1793. 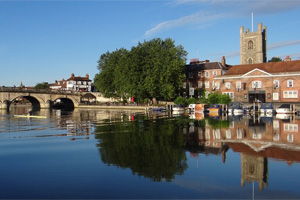 Henley on Thames
The picturesque town of Henley on Thames in Oxfordshire is situated on the River Thames which marks the county border with Buckinghamshire. The two counties are separated at Henley by an elegant five-arched bridge designed by Salopian William Hayward in 1786.